How Will They Recover Data From THAT? 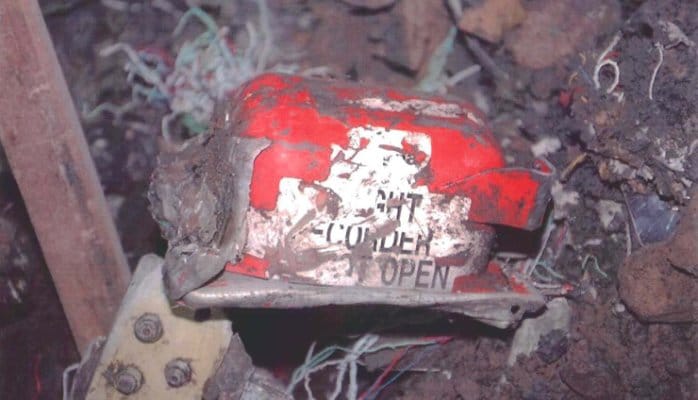 It has been a year now since I started my own Flight Data Analysis company. While it has been a great year building a company around something I am passionate about, it has not been a great year for high profile aircraft accidents – exactly the thing companies such as mine hope to help prevent.

Even my own country’s mainline carrier, which has an excellent safety record, suffered a crash a few days ago in Halifax with Air Canada Flight 624. Thankfully, that accident resulted in no fatalities but it certainly looked as though it could have been much worse and the aircraft received significant damage.

Because of the business I am in, whenever there is a high profile crash such as these, I always get the same two questions from friends and family:

When it comes to the first question, I do not mind going through a list of possible scenarios with friends and family but I have been in this business for long enough to know not to speculate in public. Every accident is different and there is no point speculating without all of the facts. And in the case of the Germanwings crash, the current theory and focus of the investigation did not even make my broad list of initial possible causes, so I would have been way off the mark on that one.

But when it comes to recovering the flight data and audio from the recorders, my answer is always the same. If the investigators can find the recorders, the chances are extremely good that the information on it can be recovered no matter how mangled or destroyed the recorder appears to be.

The reason for that answer is that most of what you see of a flight recorder is the electronics required to ultimately write data to the memory (old recorders used to use tape, foil and even wire, but those have mostly been phased out now). The critical component of the flight recorder that the investigators need to get to is the memory. Think of it as a USB stick buried in a large box.

I will not go into the technical details, but today’s flight data recorders are designed to withstand tremendous punishment without losing information. They really are an engineering marvel.

I have included a few pictures from a crash investigation that I participated in a few years ago to outline the recovery process from a very high level. This particular recorder was recovered from the sea floor a few days after the crash. 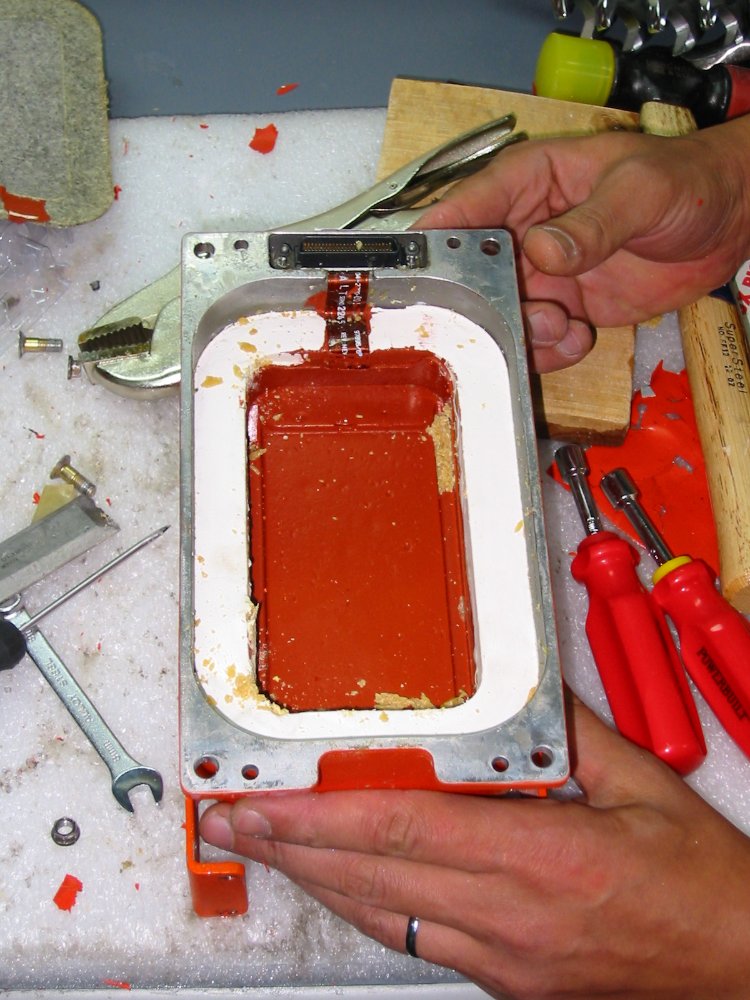 The following photograph shows the protective foam after being removed from the metal casing. The electrical lead can be seen coming from the memory still embedded in the foam. 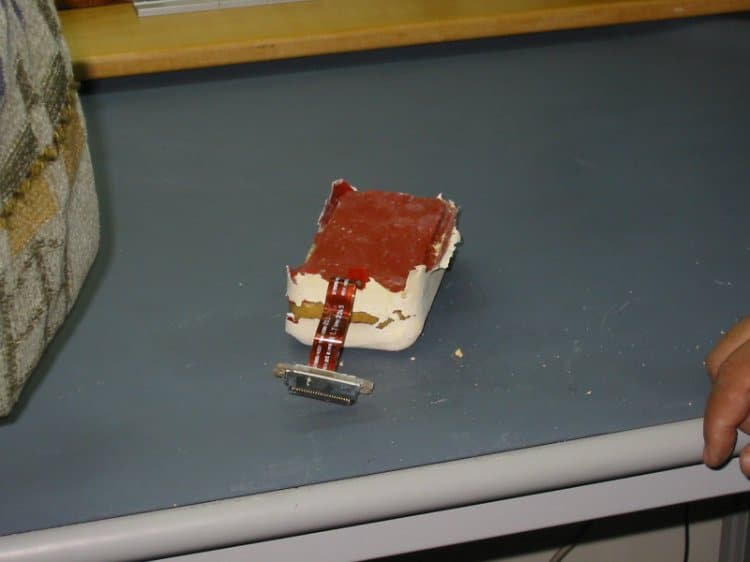 The investigator will then carefully remove the protective foam, revealing the memory card as depicted below. 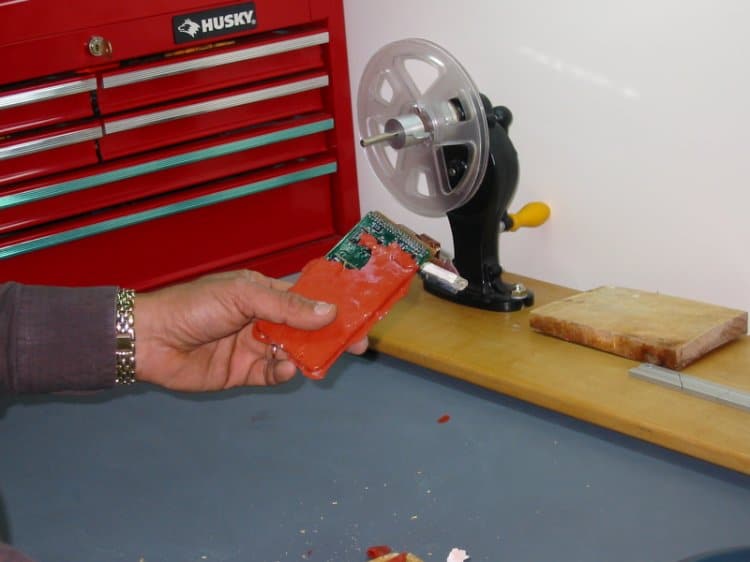 The electrical connector that was connected to the memory chips (visible at the top of the card in the photo above) can sometimes become damaged, so it is cut from the memory board and a “recovery” cable is connected. Once that is done, the memory can be connected to a serviceable recorder (sometimes referred to as a “Bench Unit”) and the data can be downloaded as though the recorder was fully functional.

The photo below shows the memory card with the recovery cable connected to the bottom and the original cable “snipped” on top. The Bench Unit recorder can be seen in the background (note the memory unit housing is removed from the Bench Unit). 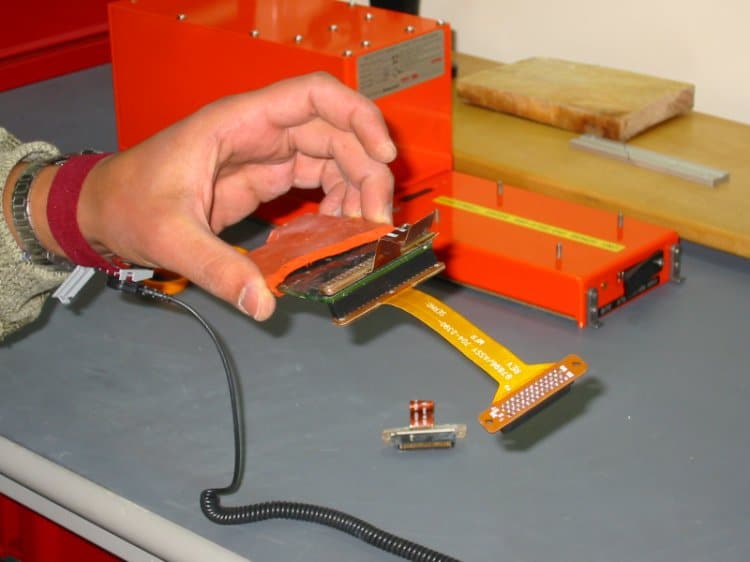 I have had the privilege of working next to some of these investigators and they are the best in the business. So, no matter how bad a flight recorder looks on the evening news, there is an excellent chance that the investigators will be able to recover the information it contains.

Oh, and if you think the recorder looked damaged when it was recovered from the crash site, take a look at the last photo. This is what was left of the recorder after the memory was extracted from it. Keep in mind that you sometimes cannot just use a #4 Phillips screwdriver to disassemble a recorder that has come out of a wreck. 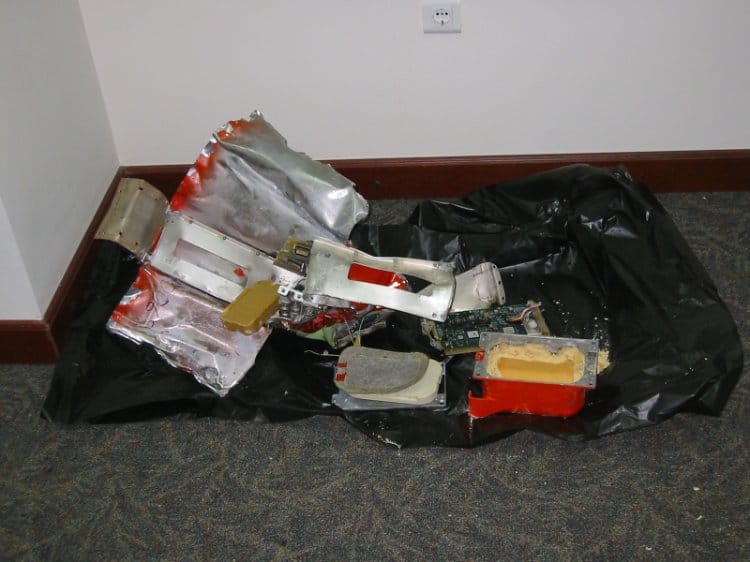